Posted at 13:01h in Uncategorized by eighty6 0 Comments
0 Likes 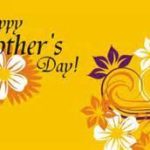 Although Mother’s Day was truly designated in 1914 when President Woodrow Wilson signed a bill stating the second Sunday in May as a legal holiday to be called “Mother’s Day"—dedicated "to the best mother in the world, your mother”, Mothers have been honored for centuries.

In 16th century England a celebration called “Mothering Sunday” was inaugurated—a Sunday set aside for visiting one’s mother. The eldest son or daughter would bring a “mothering cake,” which would be cut and shared by the entire family. Family reunions were the order of the day, with sons and daughters assuming all household duties and preparing a special dinner in honor of their mother. Sometime during the day the mother would attend special church services with her family.

Here in America, in 1872, Julia Ward Howe, a famous poet and pacifist who fought for abolition and women’s rights, suggested that June 2 be set aside to honor mothers in the name of world peace. This happened not long after the bloody Franco-Prussian War after which Howe began to think of a global appeal to women.

The idea died a quick death. Nothing new happened in this department until 1907, when a Miss Anna M. Jarvis, of Philadelphia, took up the banner.

After her mother died in 1905, Miss Anna Jarvis wished to memorialize her life and started campaigning for a national day to honor all mothers.

Her mother, known as “Mother Jarvis,” was a young Appalachian homemaker and lifelong activist who had organized “Mother’s Work Days” to save the lives of those dying from polluted water. During the Civil War, Mother Jarvis had also organized women’s brigades, encouraging women to help without regard for which side their men had chosen.  At the time, there were many special days for men, but none for women.

On May 10, 1908, a Mother’s Day service was held at a church in Grafton, West Virginia, where Anna’s mother had taught. Thus was born the idea that the second Sunday in May be set aside to honor all mothers, dead or alive.

Anna Jarvis, bombarded public figures and various civic organizations with telegrams, letters, and in-person discussions. She addressed groups large and small. At her own expense, she wrote, printed, and distributed booklets extolling her idea.

How will you honor your mother? Perhaps with a token of appreciation, a delicious meal, a sinful dessert, or simply just thanking her. Anyway, enjoy and Happy Mother’s Day from the Shore Catering Staff.